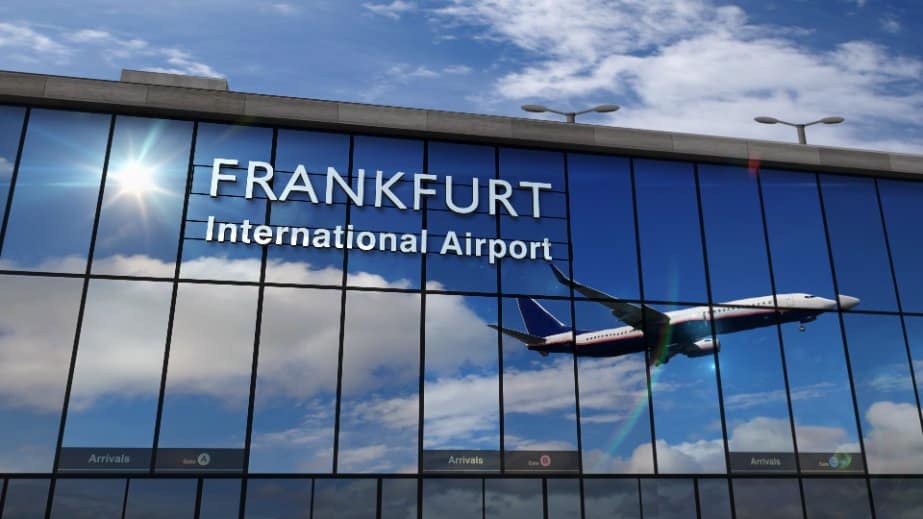 A French automotive equipment manufacturer contacted Air Time Critical® to organise an urgent shipment from Shanghai to eastern France. Air Time Critical® resorted to door-to-door priority air freight to ensure timely delivery. Find out how carrying out customs clearance in Frankfurt (instead of Paris CDG) allowed us to deliver directly to the customer almost a full day early.

What delivery time frame for this urgent Shanghai-France shipment?

This urgent door-to-door shipment from Shanghai to France was carried out in 3 days (distance as the crow flies: almost 9,000 km).

Air Time Critical® was able to save almost a day on delivery by selecting a flight to Frankfurt rather than Paris-Charles de Gaulle. How is that possible? Wouldn’t Paris CDG be a more logical destination for a French customer? This would indeed be the first instinct, but in this specific case, choosing Frankfurt was more expedient for two reasons:

It is easy to understand how a freight forwarder from Shenzhen might not know that one can fly to Frankfurt to deliver in France.

It is all too common for foreign forwarders (particularly those based far from Europe) to ship or receive all consignments for French customers via Paris, without even checking alternative flights or the distance from the airport to the French consignee. And there is a high likelihood that they would not know either how to clear customs locally between 2 European countries.

As a freight forwarder, Air Time Critical® manages shipments from A to Z and can clear customs at several large European airports, such as Frankfurt or Brussels Zaventem.

Our capacity to clear customs (and to reverse VAT liability) for French customers at other airports than Paris CDG opens us the door to less known routes, from China or Asia for instance, and shortens delivery time frames to France.

Next time you need to organise a very urgent shipment from abroad, remember that we are available to advise you and offer turnkey, door-to-door solutions.

Note: The dates, timings, locations and names mentioned above may have been changed to preserve customer confidentiality.